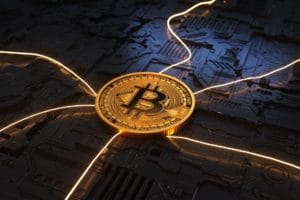 Nasdaq has released a study showing that Bitcoin is actually 50 times more sustainable than the entire banking system.

According to the new study, the energy consumption of the Bitcoin network is 50 times less than that of regular banks.

The consensus algorithm used by Bitcoin’s blockchain, based on a PoW model, has always come under criticism because of its excessive energy consumption.

Especially in recent years, it has reached levels that are now unsustainable. It is enough to consider that, according to data analyzed by the University of Cambridge, the annual energy consumption of the Bitcoin network is around 121 terawatt-hours (TWh).

If that number doesn’t ring a bell, try to imagine that if Bitcoin were a country, then that would consume more than the Netherlands, Pakistan or Denmark.

In other words, these countries require less energy than the entire BTC network.

It is also worth adding that the environmental pollution results substantially from the type of sources used to produce the required energy.

That said, Bitcoin mining could be powered entirely by renewable energy sources, as is already happening in countries like Norway.

The same argument, however, could be applied to the servers used by the banking system, although the transition would require more effort.

The crypto-lawyer seizing the moment

However, trying to “hide” a problem behind another, more serious situation certainly does not make it magically disappear.

I am concerned about our planet, that’s why I support #bitcoin, which is much greener than the traditional banking system. We must educate the politicians about this fact! Central Banks could use the bitcoin blockchain for issuing…https://t.co/kti4a5L0Zf https://t.co/6ViIhZjp02

The introduction leaves room for argument:

“I am concerned about our planet, that’s why I support #bitcoin”.

The tweet links to a post on his LinkedIn profile where the full text can be read.

Lars is hinting that Central Banks could use Bitcoin’s blockchain to issue CBDCs while shutting down all the servers used by the banks themselves.

His “suggestion” might also appear nonsensical, especially to advocates of greener, near-carbon-neutral blockchains.

Moreover, shutting down all servers for a bank would mean ending the products and services offered electronically, which are now the core of their operation.

Thus, if said bank wanted to continue its traditional business, it would have to port these tools to blockchain. More specifically, by leveraging the smart contract architecture, thus ending up under the definition of DeFi, which by nature has no central reference entity. This would end the concept of banking as it is understood today.

The most sustainable blockchains are based on a PoS model

To top it off, the lawyer’s insight could at least suggest the use of a blockchain that is effectively green and fully attentive to the issue of sustainability. Not surprisingly, in the study published by Nasdaq, a comment from Charles Hoskinson, co-founder of the Cardano blockchain, comes to the rescue.

“Bitcoin’s energy consumption has more than quadrupled since the beginning of its last peak in 2017 and it is set to get worse because energy inefficiency is built into Bitcoin’s DNA.

Bitcoin’s carbon footprint will get exponentially worse because the more its price rises, the more competition there is for the currency and thus the more energy it consumes”.

The post New study showing Bitcoin as being more sustainable than traditional banking appeared first on The Cryptonomist.

READ THE ARTICLE ON EN.CRYPTONOMIST.CH